Amends title XIX (Medicaid) of the Social Security Act to allow a disregard of 5% of modified adjusted gross income for purposes of determining eligibility for medical assistance. (Section 1004)

Requires MA plans whose medical loss ratios are not at least .85 to remit to the Secretary an amount equal to a specified percentage of plan revenue. Requires the Secretary to: (1) prohibit enrollment in such a plan of new enrollees for three consecutive contract years; and (2) terminate the Medicare+Choice contract if the plan fails to have a .85 medical loss ratio for five consecutive contract years. (Section 1103)

Revises the special rule in the physician fee schedule for imaging services, in particular the PPACA adjustment in the practice expense relative value units with respect to advanced diagnostic imaging services to reflect a higher presumed utilization rate. Replaces the multiyear phase-in of the assumed utilization rate from 50% to 75% with a flat 75% rate for 2011 and subsequent years. (Section 1107)

Requires that Medicaid payment rates to primary care physicians (family medicine, general internal medicine, or pediatric medicine) for furnishing primary care services in 2013 and 2014 be at least 100% of Medicare payment rates under both fee-for-service plans and managed-care plans. (Section 1202)

Amends PPACA to delay until 2013 the $2,500 limitation on annual salary reduction contributions by an employee to a health flexible spending arrangement under a cafeteria plan. Delays until 2014 the annual inflation adjustment to such limitation amount. (Section 1403).

Imposes a tax on sales after 2012 of any taxable medical device by the manufacturer, producer, or importer equal to 2.3% of the price for which such device is sold. (Section 1405)

Applies to grandfathered health plans for plan years beginning on or after six months after enactment of PPACA provisions that: (1) prohibit a health plan from establishing lifetime limits on the dollar value of benefits for any participant or beneficiary; (2) prohibit a health plan from rescinding coverage of an enrollee except in the case of fraud or intentional misrepresentation of material fact; and (3) require a health plan that provides dependent coverage of children to make such coverage available for an adult child under 26 years of age. Repeals the requirement that an adult child be unmarried in order to qualify for dependent coverage until age 26. 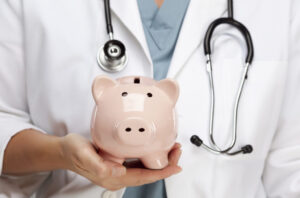